We post one image, that of the end of this terrible battle.  In keeping with the times, the photo should be an older method but this duplicates it fairly well, done as a platinum/palladium print.  I will not criticize the last event, this death laden charge and failure of the Confederates to gain the high ground.  Many factors contributed to it.  If anything is to be learned from events such as this reenactment, beyond and deeper than the camp life and fighting methods, it is a touch more truth of the history which is not always parallel with unfortunate revisionists history now in the text books of some schools.

Weather for the several days was quite close to that recorded at the original fight in 1863, even to the end of it all when rain came down.  That happened in 2013, the rain at the end of the hot and heart rending day. 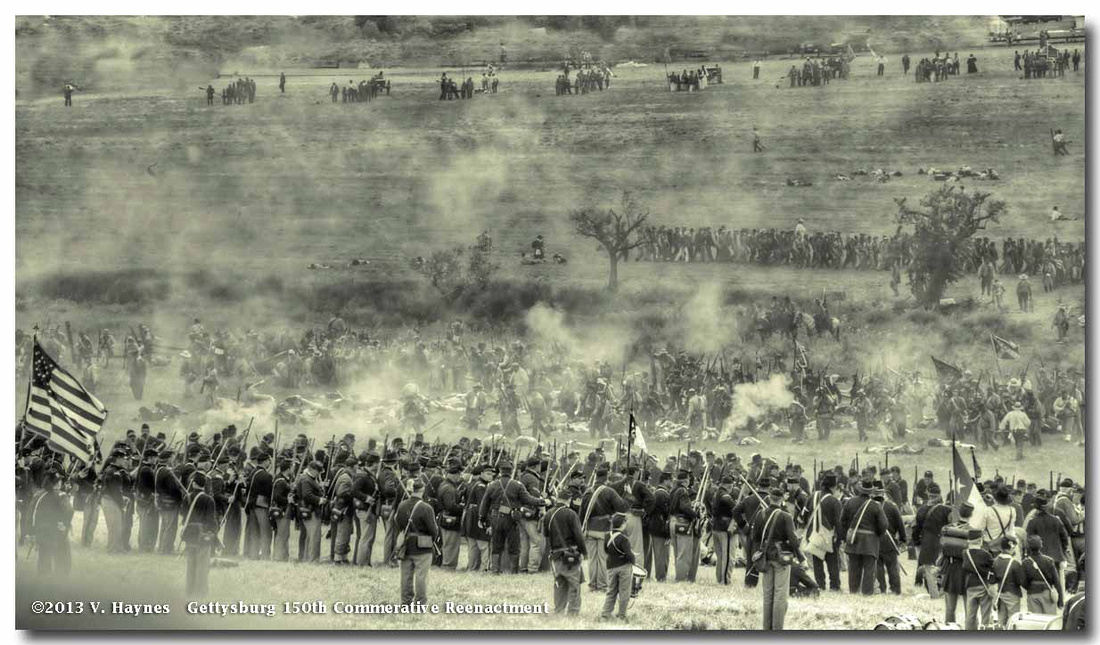