The company presenting the fireworks is located in La Follette, Tennessee, an easy 40 minute drive from the city where these photographs were shot.   Pyro Shows  presents smaller shows like the one we saw and huge spectacular pyrotechnic events in major cities across the USA.  Many shows are custom designed to suit the event and may contain custom made pyrotechnic display explosives. I wonder how a person becomes a fireworks designer or engineer?

Each fireworks photograph has a caption with the camera shutter settings. These are settings you may use as a photo guide line or rule of thumb. Read the previous blog post for settings used last year: This year exposure was longer. The same remote(bulb) shutter trigger method was used but more time was spent trying to get the best photo image. What was different? The fireworks show was different, at least it seemed different. This year many more multiple fireworks shots were done with overlapping blasts. Taking a photograph of a single shot and blast was difficult, indeed.

All photos were taken with manual settings: ISO 100, f/9, shutter controlled with a remote release(bulb). Times are given with each fireworks photo posted.  The photo below was shot using the settings shown but with the remote shutter control (bulb setting), each photo was timed as the action took place. This photograph had a shutter open for 2.6 seconds. 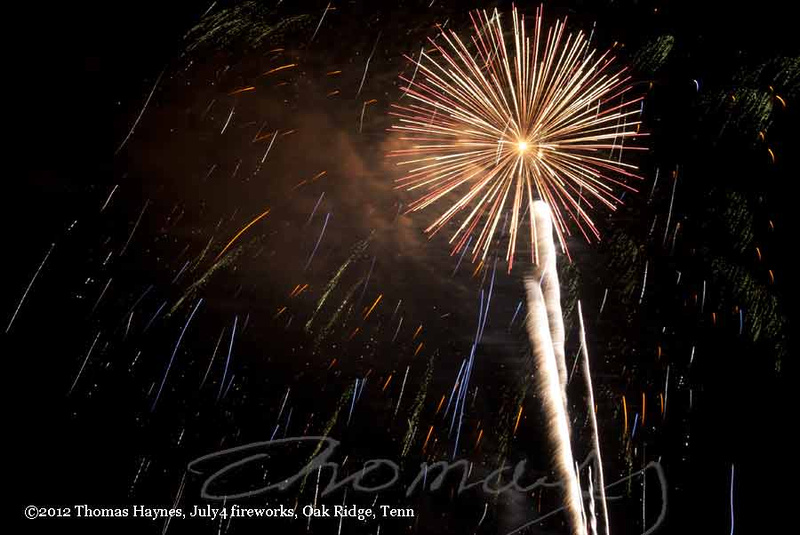 The fireworks display was well received by viewers.  However, for the photographer this was more difficult than last year because it seemed many shells were shot at very close timing.  This made many overlaps of the bright and colorful pyro technic blasts. As pretty to the eye, overlapped bursts made for extreme difficulty in shooting photos of single blasts.  The photo above has been named "Pyro Chaos"!  A few of the single blasts were photographed and the best of that lot are below.. 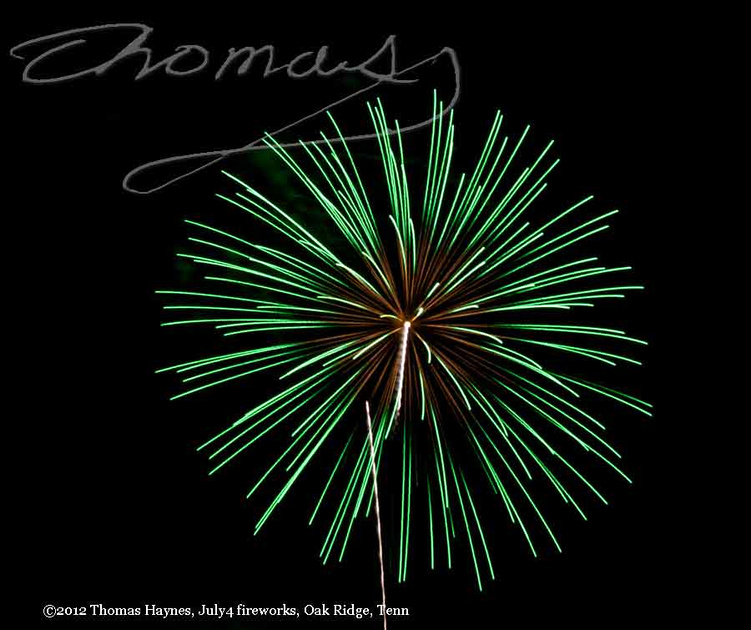 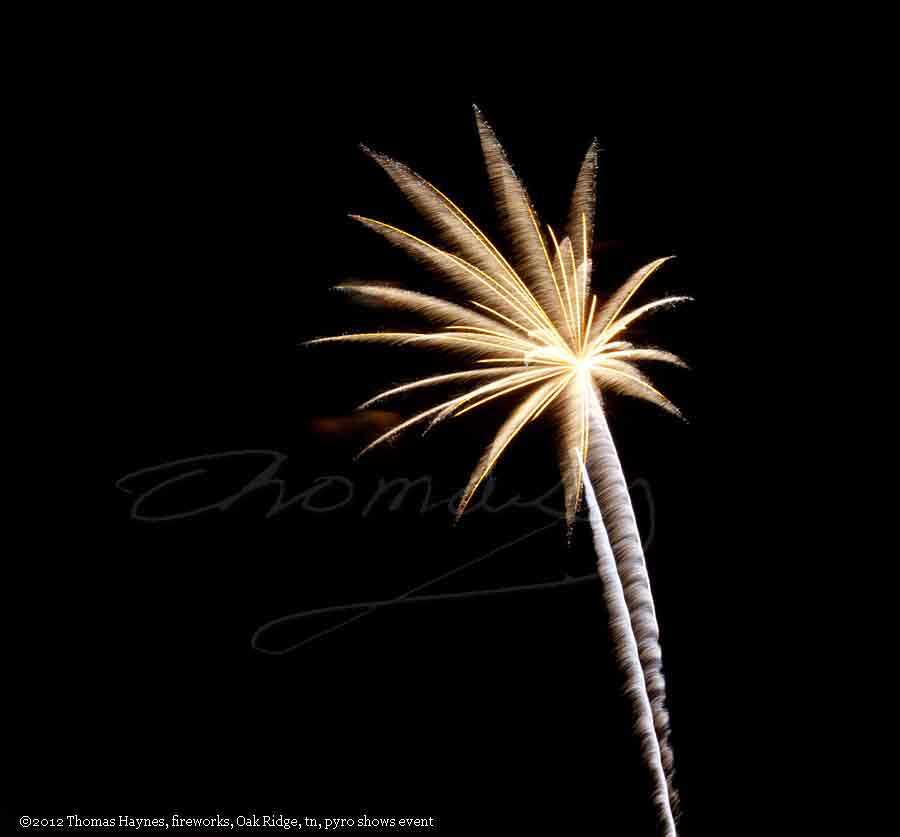 Notice how fortunate timing avoided the second blast...see the tail from the shell?  A split second later and the beauktiful form above would have been obscured by an overlapping spray of firey color 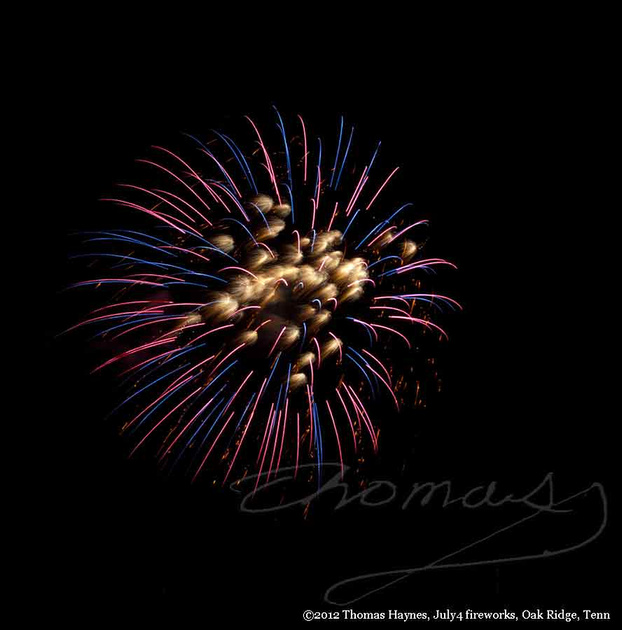