How To Photograph Fireworks Displays on July 4, with camera settings


The great American holiday of The Fourth of July is next week. The Declaration of Independence was adopted July 4, 1776.  The Revolutionary War dated from 1775 to 1783. Celebrations abound and much food is grilled outside while families and friends play, act-up and eat. Fireworks are always part of this National holiday.

Everyone is taking pictures! At the local fireworks show, you will see people taking photos with whatever they have including flip phones, smart phones, iPADs and point and shoot cameras(turn off the flash). A few photographers will have cameras set on tripods and will look seriously ready for the show to begin. A few actually will be ready. Others will be fumbling with the tripod, fumbling with camera settings and like they have nervous feet moving around to find the best place to stand. A few might embarrassingly trip in the dark. I know how easy that is to do

This is a short tutorial how-to on taking photos of fireworks displays at night.  If you have a camera with manual settings you will do much better than using settings such as “P” or automatic program which lets the camera choose what to do.  Bright light against a dark background will often confuse the camera’s control and you will not get the photos you want.  This tutorial on taking photographs of fireworks tells the methods and camera settings which worked for me last year.  Other photographers will use different settings that  add up to about the same overall exposure.
First, use manual on the camera.  This means you set the shutter speed and set the aperture (the lens opening also called “f stop”) and go with that for most of the photos.  You definitely need a tripod or very sturdy support.
If your camera has a “bulb” or “manual shutter” setting, use that.  What this does is allow you to open the shutter and close it when you decide enough time has passed. The camera must be very, very steady for this procedure.  With more advanced cameras, there will be a means for using a remote switch for opening and closing the shutter, making it much easier to do without concern that you will shake the camera.  If you do not have bulb or manual shutter controls, then set the camera to manual using one of the settings shown with the photos in this fireworks tutorial.  Go easy when you push the shutter and you should get good photographs of the fiery display.
Here are photographs from July 4, 2011.  The information is in the caption to each photo. Note how more or less of the tail and blast of the firework device shows in the shot, depending on the shutter time.   Since I had a remote shutter control, the times were what I wanted right then and I did play with the time somewhat.  I suggest without a remote shutter control that you pick a shutter time from the sort of photo you like from the fireworks shots shown. That will put you in a fairly small ballpark with a great chance of getting good ones.

Camera Settings:  These settings were used for all the fireworks photographs shown. The only setting changed was shutter speed. See shutter speed with each photo caption and notice how it affects each photos. 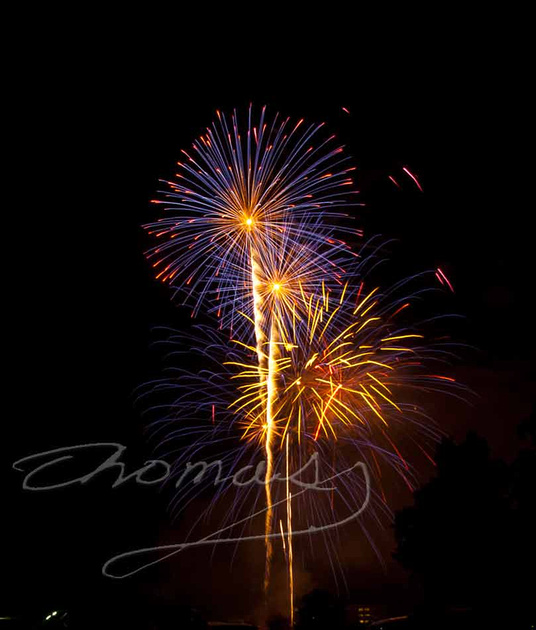 This is a relatively long exposure with a shutter speed of 3.6 seconds.  You will notice how the smoke shows in the light and some of the local terrain is lit enough to barely show up.

My monitor is calibrated and I see what I see. Your view may be different depending on brightness and contrast for the screen you are viewing. 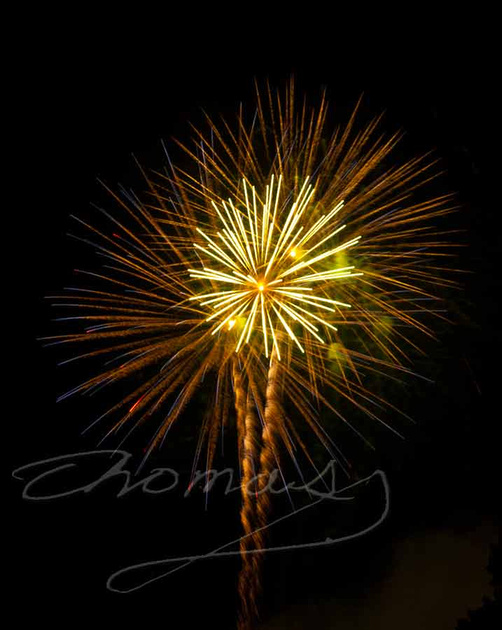 As with all the photographs of fireworks display, the ISO was 100 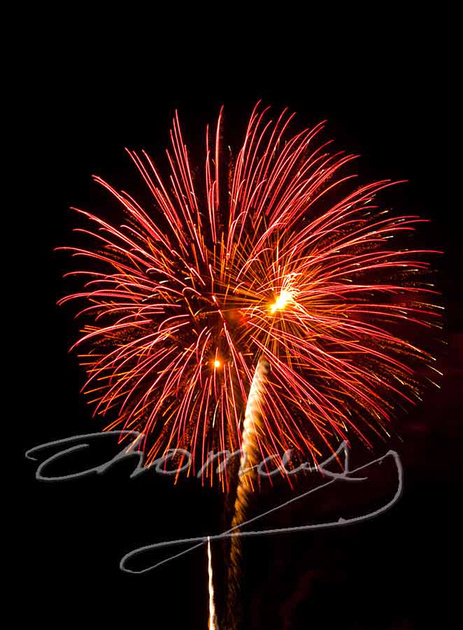 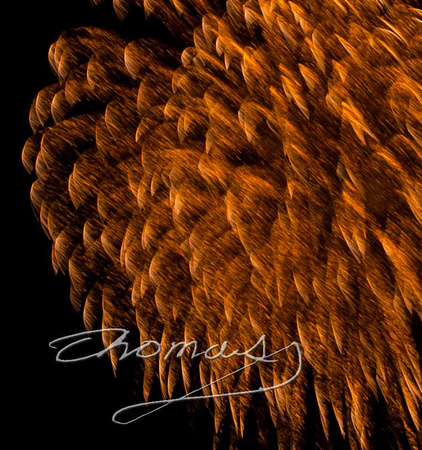 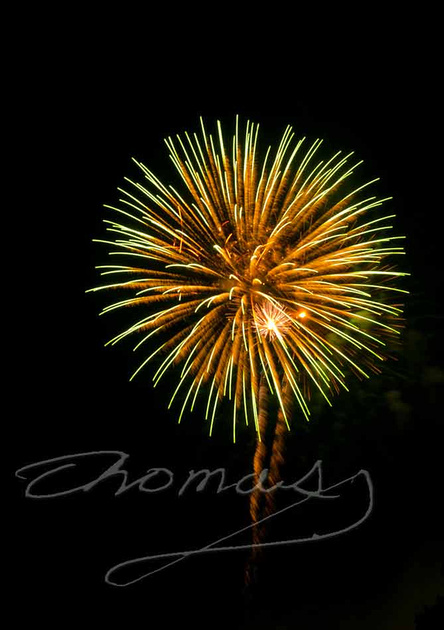 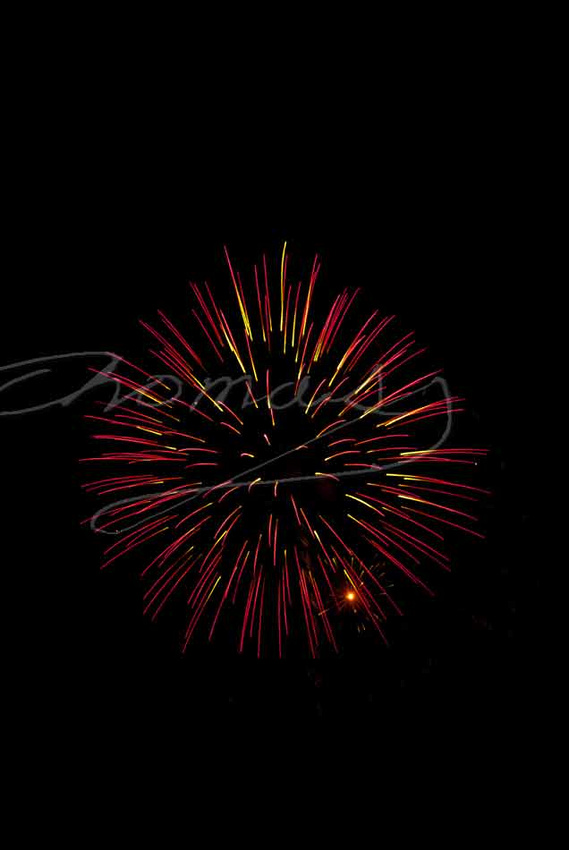 You will easily see how the relatively short shutter speed of 0.8 seconds(above) does not show the tail of fire from the fireworks shell prior to the blast of color.  I will likely be using a shutter opening time of 1 second to 1.5 seconds on the night of July 4 to take fireworks photos.  Try what you like and experiment during the show!  Best results wished for you with your photos of July 4 fireworks displays.

Visit the Blog photo galleries to see these images in a full screen slide show.

For everyone, I wish a wonderful and safe Fourth of July.  For my British friends, you do not need to celebrate this holiday with us but if you are here, please do join in!

Rick Scott(non-registered)
Those are some of the best photos of fireworks I have seen. I have used those same techniques for capturing lightening.
No comments posted.
Loading...